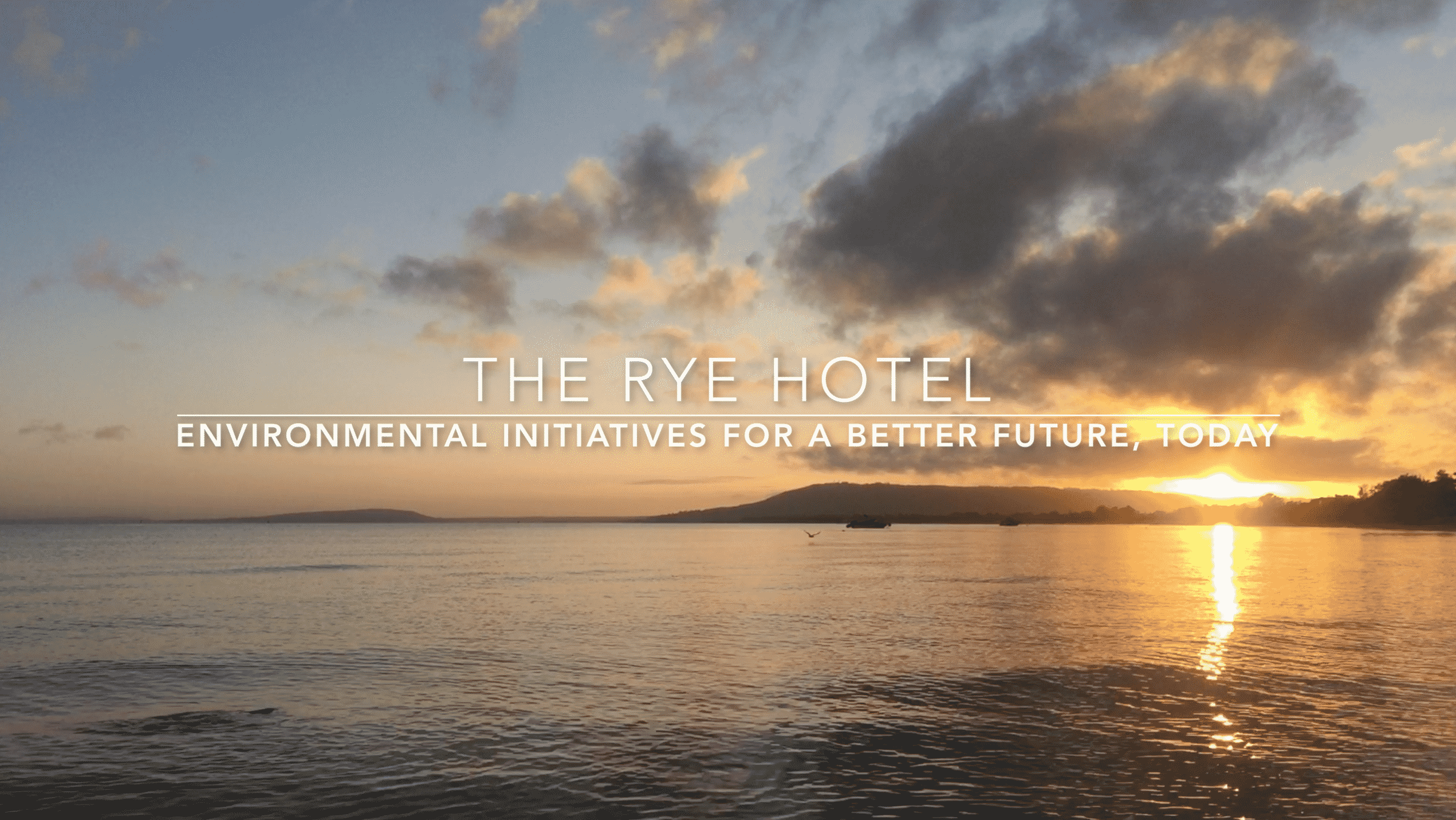 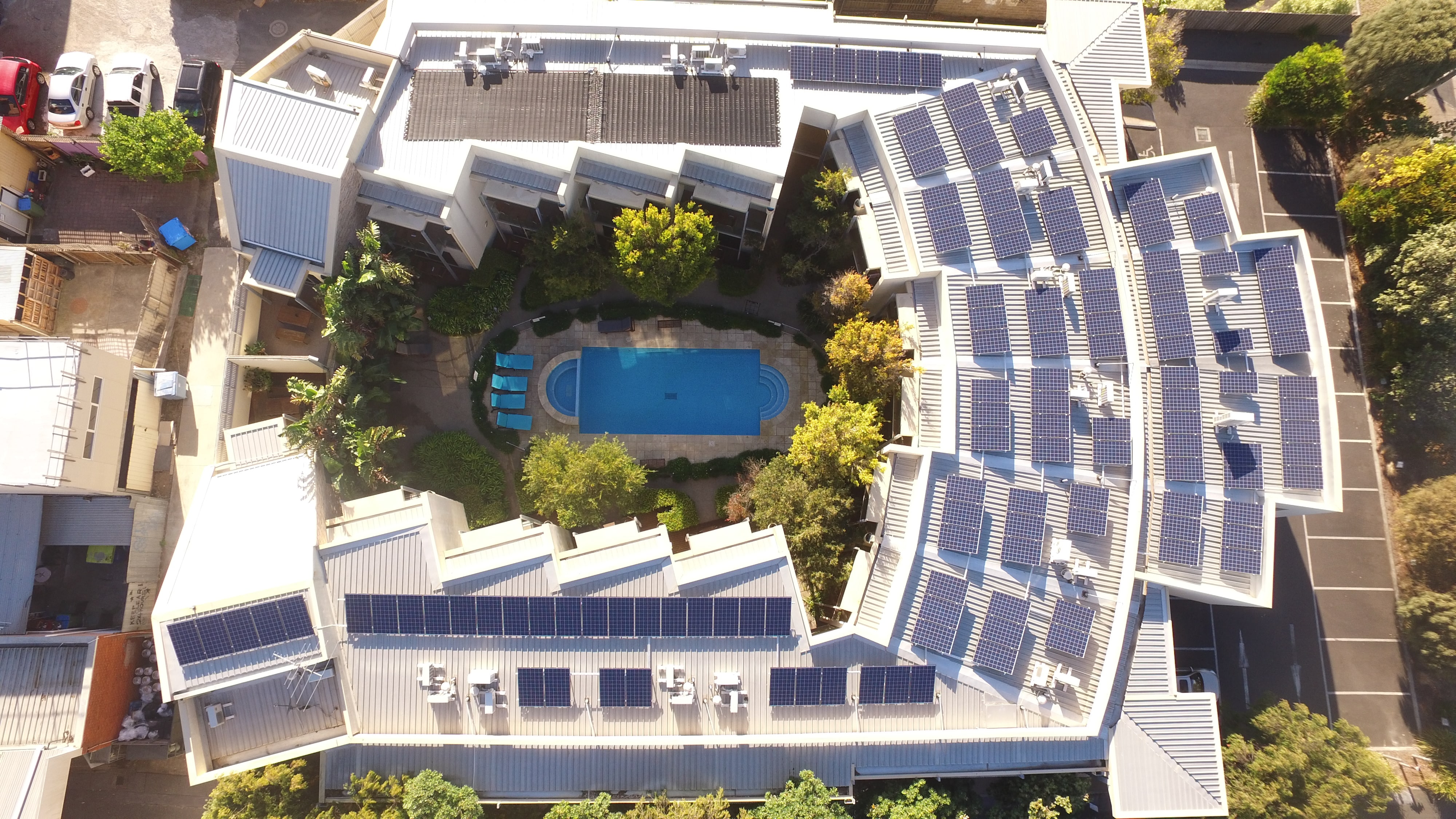 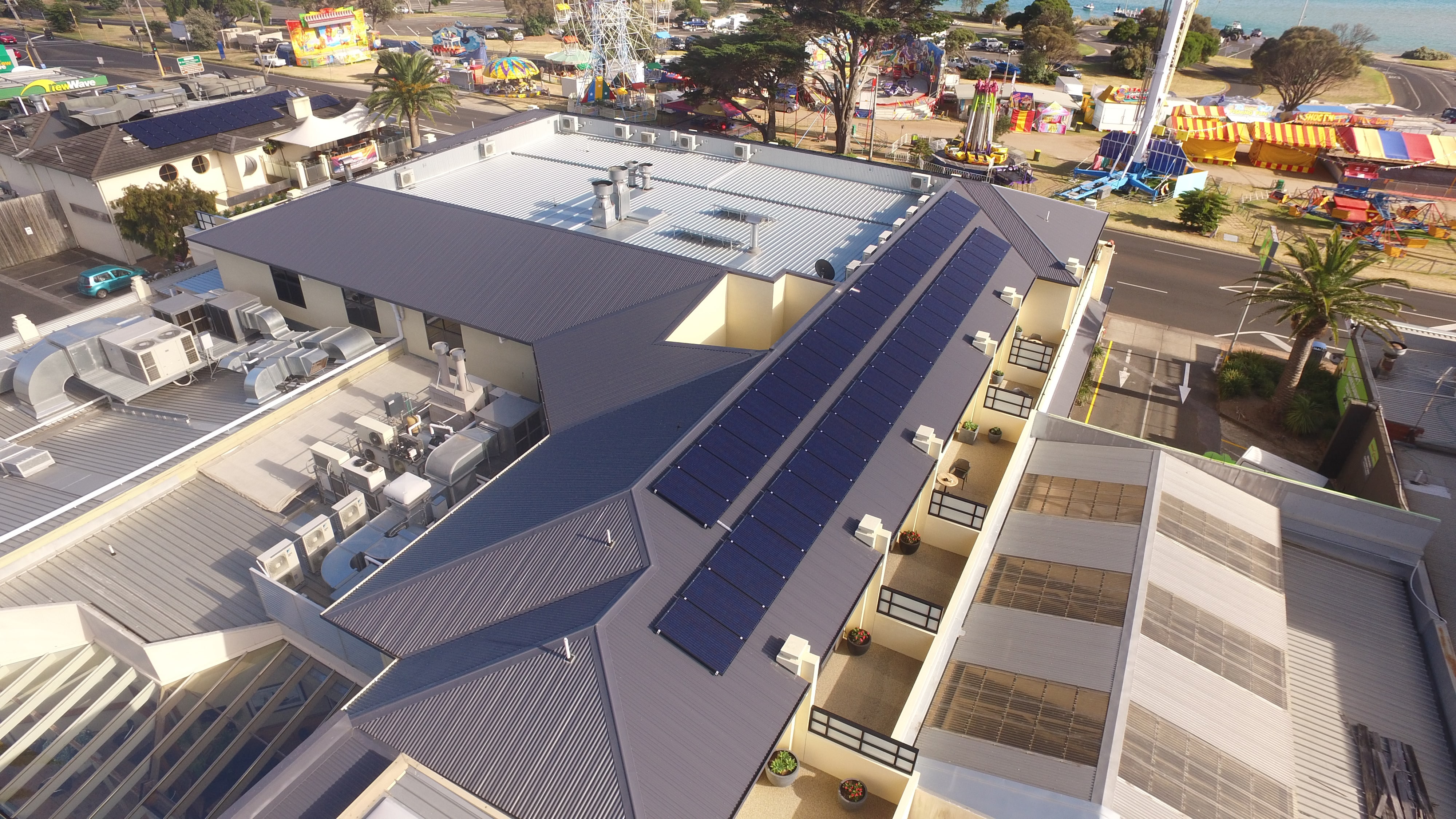 In 2017, Rye Hotel was honored for significant community leadership in its management of energy use and waste consumption, when it received the inaugural Best Environmental Initiative Award from the Australian Hospitality Association (AHA).

Lifelong local resident Peter Houghton, a fourth-generation hotelier whose family have owned the Rye Hotel as far back as 1954, described the award and the response to his teams’ enthusiasm for environmental issues as “pretty fantastic given the general apathy of many for green initiatives”.

“As part of our major redevelopment to the buildings over the last several years, we wanted to maximize the utility of guests’ enjoyment of the natural environs, and especially the view across the foreshore.  That started me down a path of thought, about how we impact that heritage, and vis-à-vis our preservation of it.  So, an alarm bell went off, and I had a ‘sunshine moment’ – let’s go fully solar!”

Peter then went down a pathway to investigate the best options and found a great initiative in the Sustainable Melbourne Fund.  Twelve months later, the Rye Hotel had installed over three hundred solar panels to its large complex of buildings and embarked on a larger-scale program of sustainability initiatives, which includes provision and promotion of electric car re-charging facilities.

Rye Hotel is proudly part of the Peninsula’s Last Straw campaign.  Every year, millions of plastic straws are washed into our rivers, bays and oceans.  Plastic straws and other single-use plastics threaten marine animals and spoil the amenity of our public spaces.

Rye Hotels’ aim is ultimately on ‘carbon neutrality’ and implementing strategies which promote a company culture of reducing waste and energy consumption, such as seen in LED globe replacement programme throughout the venue.